Why hire a rights clearance agency?

HOW TO LICENSE MUSIC FOR FILM AND BRANDED CONTENT

Note: The information provided on this website does not, and is not intended to, constitute legal advice; instead, all information, content, and materials available on this site are for general informational purposes only. However, Kurator has a in-house legal council who can provide legal guidance and services tailored to your project. Contact our legal team here.

The most impactful films or ad campaigns rely on great music to establish a mood, add meaning, grab attention, or create a lasting impression. Done right, a great song will integrate seamlessly into your production and capitalize on the song to make the spot or scene more memorable (e.g., the beloved Budweiser Clydesdale commercials or Simon and Garfunkel’s “The Sound of Silence” in the film The Graduate.)

It’s possible to find great and easily licensable songs on stock music sites. But, if you’ve got enough budget, you’re more likely turning to well-known musicians and emerging artists with songs that perfectly complement your vision. This article will focus on the latter — how to license music that’s not on a stock site.

There are a few different types of licenses that apply to music and recording. These include sync licenses, master licenses, mechanical licenses, public performance licenses, print rights licenses, and theatrical licenses. But because we’re focused on licensing music for film and branded content, generally, we’ll focus on sync and master licensing for the remainder of this article.

Sync licenses apply to music paired with some form of visual media (think — as soon as you place a track into your adobe premiere timeline), including commercials, films, streaming content, and more. Master licenses are a bit more complex. They are similar to sync licenses but apply specifically to the person or entity that owns the recording of a song. Generally, a master license is issued in conjunction with a sync license.

Obtaining sync and master licenses for music used in film, advertising, or other media content sounds like it should be easy. You might be thinking, “Don’t you just reach out to the artist or record label, pay them, and sign a contract?” Well, it’s not quite that simple. Especially when a song becomes a hit, simply figuring how many entities own the rights to a song can be a nightmare, never mind wrapping your head around whether or not you can afford it.

Before we explain how to license a song, it’s important to understand the breakdown of most of the entities that will come into play. This list of players is not exhaustive and in rare cases even more parties may be involved. But for 99% of cases, you’ll only deal with the label, the publisher, unions, and estates.

So, now that we’ve defined who you’re likely to need to contact, here are some basic steps to approach the licensing request process.

1. Determine exactly which song, including the artist and version, you want to license.

This sounds simple on paper, but like other aspects of licensing music, it can quickly grow complex. There might be multiple versions of a song — think live recordings, remastered releases, radio edits, remixes, etc. And depending on the version, different players might be involved. So start here first to make sure that the rest of the process is correct from the start.

2. DETERMINE representation — WHo owns what 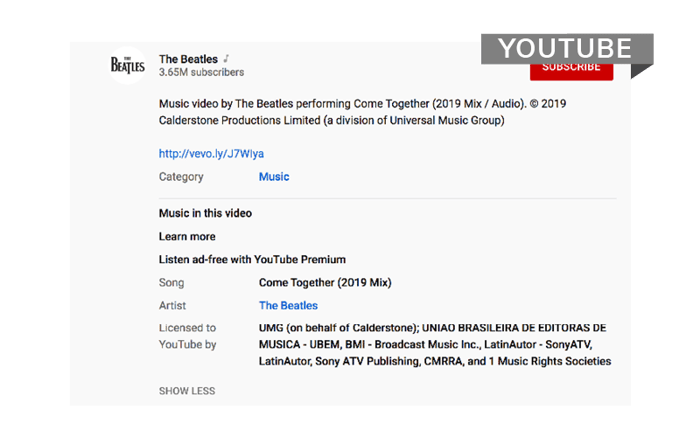 Now you are actually ready to begin working out the details of the license. Again, this is not as easy as it sounds. Below are just a few pieces of advice to keep in mind before you make contact:

To help illustrate how complex this can get, here is an example: Jimi Hendrix playing “The Star-Spangled Banner” at Woodstock. In this scenario, the client wanted to use both the footage and audio of this famous moment captured 30 years ago in their project. The Kurator team followed steps 1-3 above, and after doing so, they came to the following conclusions:

So not only did Kurator have to reach out to roughly 10 different entities, they also faced some other challenges. For example, The Warner Brothers Archive wouldn’t say yes until the Hendrix Estate said yes and vice versa — just one illustration of the dynamic relationships you might encounter when licensing music.

The bottom line: You can do it. But do IS IT WORTH THE RISK?

Licensing music is not always easy. The biggest pain points come from the time it takes to determine who to contact. And, once you’ve made contact, more pain points can arise in the back and forth as you explain your project, negotiate payment, etc. But, if you have the time, resources, and a bit of perseverance, it is certainly do-able.

But for those with a limited team, lots of production left to attend to, turning to a third party rights clearance and music supervision agency, like Kurator, can help. This process can be done by anyone, but if you want assurance that it is done quickly, correctly, and for your project to be indemnified, contact us, and we would love to help. Learn more about all of Kurator's services or contact us about your project for immediate assistance.